Our Engagement Story: Sean and Anthea

I originally published our engagement story on our wedding website, but it feels right to re-publish here too. We were originally planned to get married on the 30th May, 2020, but coronavirus unfortunately had other plans. We’ve now postponed until 2021.

In December 2018, Sean and Anthea spent a memorable two-weeks on holiday in New York. The two were staying in Williamsburg in an Airbnb for the majority of the trip, but on the second last night of their stay, Sean had secretly organised two nights at The New York EDITION in Manhattan, right next to Madison Square Park. On the morning of the big day, Sean played it cool and said he had organised something a little nicer for their last two nights as a “Christmas surprise” … it was the 21st of December after-all. On checking into their ooh-la-la hotel, the receptionist decided to upgrade the two to a Loft Suite, to which Anthea whispered “I think they’ve got the wrong people” … little did she know, it was only the beginning.

After spending the afternoon at their fancy new hotel, it was time for “Date Night: NYC Edition”, an excuse Sean had previously made as part of his supposed “Christmas surprise”. The venue for the evening? Eleven Madison Park, a fine dining restaurant in the heart of NYC located just next-door to their hotel. Walking through the revolving doors of the beautiful high-ceilinged art-deco restaurant, Anthea had grown suspicious and secretly patted Sean down in an attempt to feel for a ring box. Much to her surprise, there was seemingly nothing on him? Could she be wrong? Was it just a regular date night in NYC? Unbeknown to Anthea, Sean had snuck off a week earlier and visited the restaurant to handover the ring.

After six of the seven courses, it was finally time (well, almost). The waiter came out and asked if the two would like a private tour of the kitchen. Ten minutes and another cocktail later, they both headed back to their seats for the final course which was waiting for them on the table hidden under two individual food cloches. The waiter lifted Anthea’s first to uncover a box of tissues, and after leaving just enough time for confusion to set in, revealed the ring box sitting under Sean’s. Queue tears… from this point onward, you can assume Anthea was crying. Proper ugly crying too (just to set the scene). A pair of waiters then came over to move the table away to create space for Sean to get down on one knee, “Will you marry me?” he said through teary eyes himself. After a lengthy delay, Anthea finally spluttered out ‘yes!’ and slipped on the oversized ring (oops, better bigger than smaller right!?). The night then continued with lots of champagne, laughter, and two very happy people.

We’ll leave the engagement story here for now. If you haven’t already heard it in full, make sure to ask about: the hotel’s addition to the evening, the surprise one-of-a-kind Milk Bar cooking classes the following morning, or life for Sean after having had to declare bankruptcy upon returning home from holiday…

Enjoy the images from our trip:

Sean McKeever is a creative professional with more than seven years' experience specialising in social media and content marketing. He currently heads up Social Media and Content Marketing at Audi Australia. 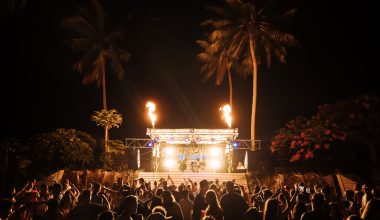 Read More 50
In December, with a camera in hand, I headed over to Fiji to party with 700 people at an event dubbed the 'real Fyre festival'.
Read More
PPhotography 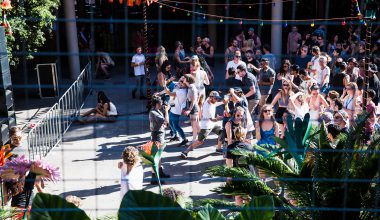 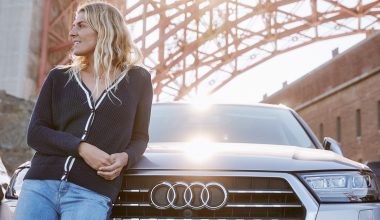 Read More
Follow Steph Gilmore as she spends 48 hours in San Francisco for the world premiere of the Audi e-tron.
Read More